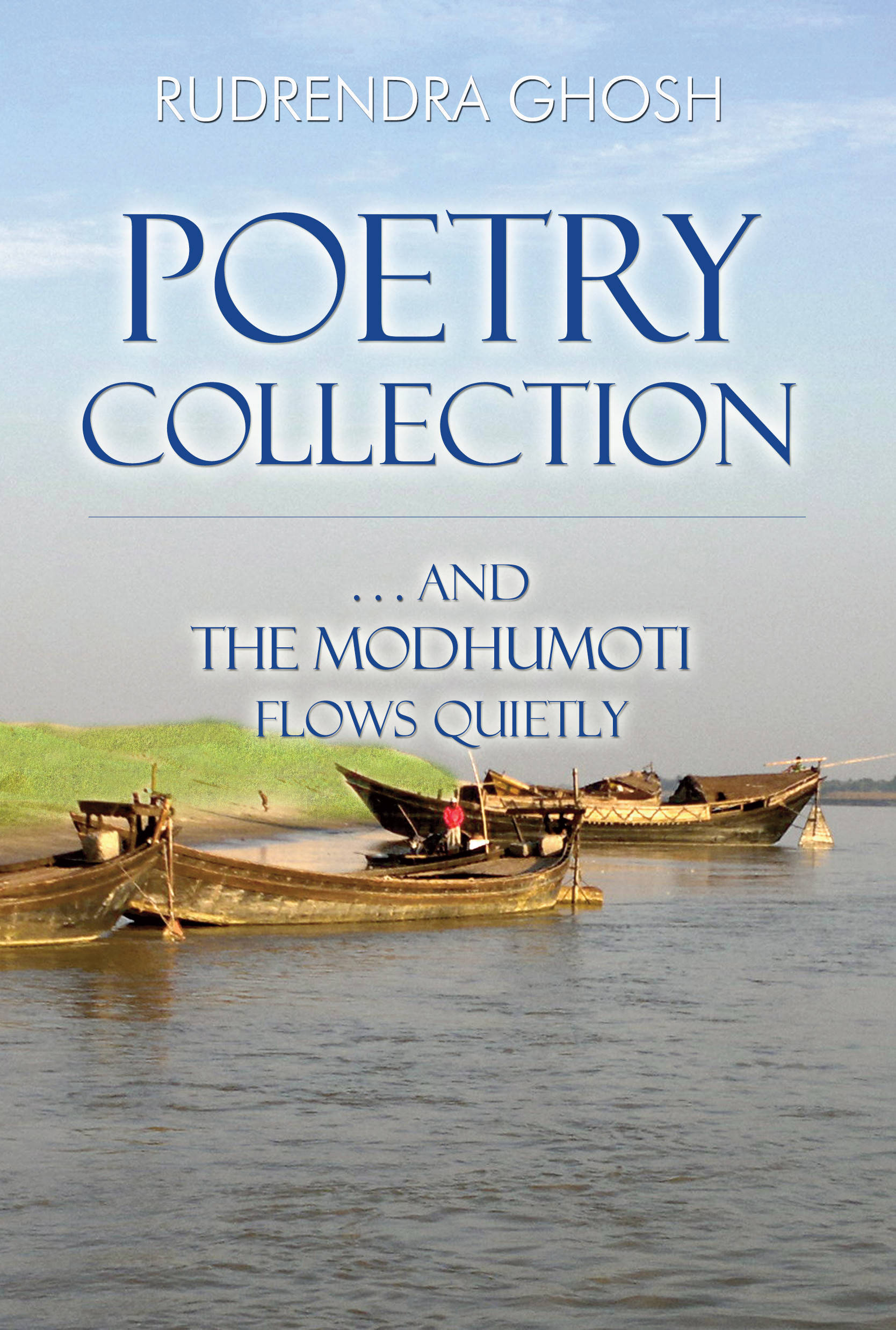 A beautiful reflection of thoughts delicately morphed into poetry. Rudrendra Prasad Ghosh transforms his own personal narrations into forty eight poems, covering everything from the sorrows of life, to the elegance of nature in its purest forms. Delve into these wonderfully written verses, grazing over political turmoils in society, dipping into trends of religious intolerance and suppression of humanity. Like a river, this collection flows steadily, through the ever changing stages of life.

Rudrendra Prasad Ghosh, popularly known as R.P. Ghosh is simultaneously recognized as an author, painter, poet, sculptor and a nature-lover.
At an early age, he, along with his parents and relatives, became a refugee as a victim of political turmoil causing partition of their homeland, while forming two sovereign nations - India and Pakistan.
Rudrendra obtained school education from Ramakrishna Mission Vidyapith (Purulia), a chain of institutions run under philosophic guidance, formulated by Swami Vivekananda, the Pioneer of Indian Renaissances and great social reformer. He graduated from the Government College of Art, Calcutta, in 1968 and started his career in advertising. In 1976 he joined Nehru Science Centre, under Ministry of Education & Culture, Govt of India, at Mumbai.
During his tenure, he visited several countries including, UK, France, erstwhile USSR, Germany, Egypt, UAE and other countries in Middle-East, a number of times. His Literature and Arts reflect his wide interactions with a cross-section of people from different countries, time to time. To pursue his inherent passion for art and literature, he took early voluntary retirement from his secured and dignified service as General Manager, functioning under Ministry of Commerce, Government of India, in 2001.